Get out of your own way and unlock your true potential. Enrollment is open for Coach Certification. 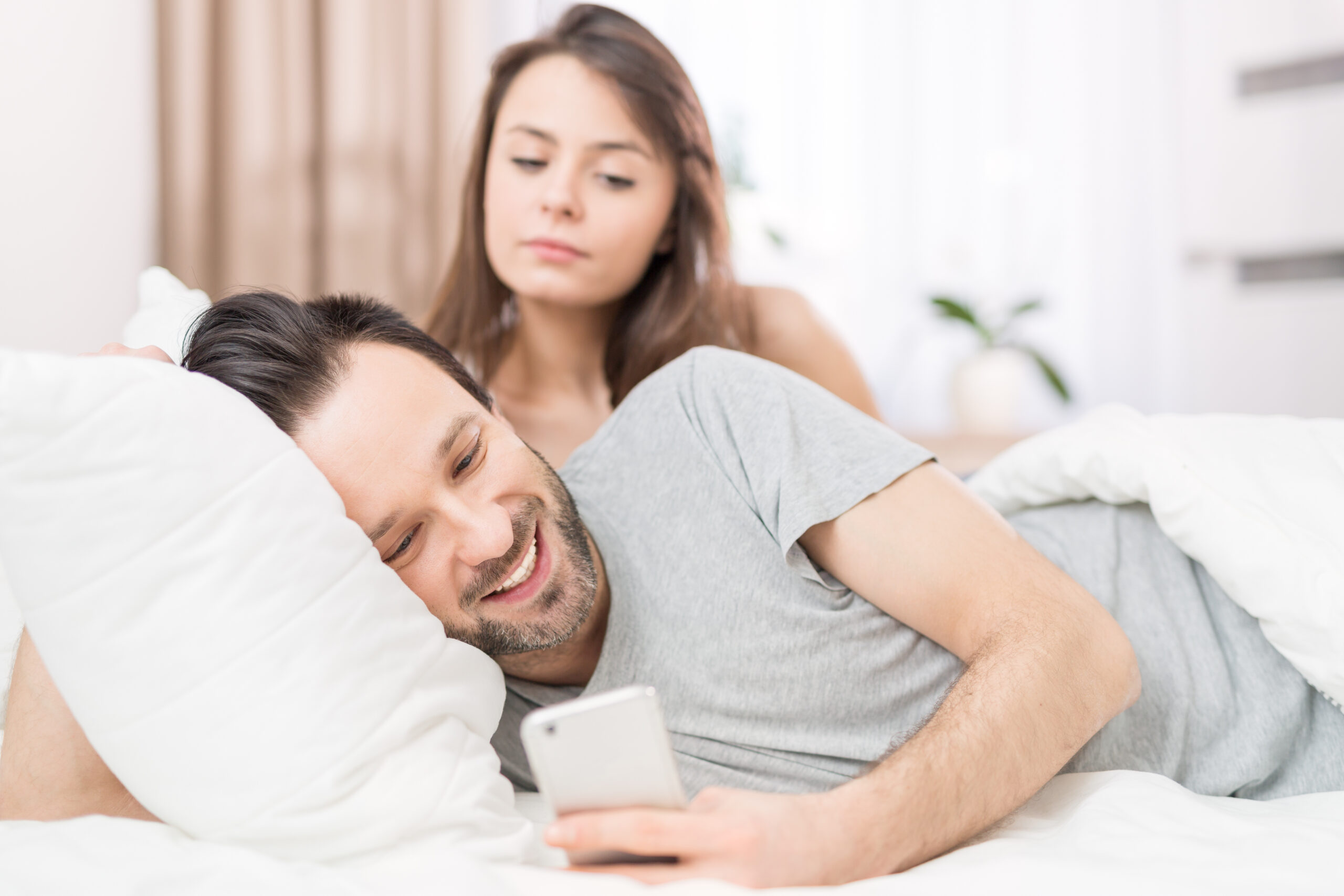 Are you jealous or are they jealous?

Jealousy in a relationship is when you are threatened, typically by a third party.
We, as primal beings, are possessive and attached to our partners.

When you can think about it this way, you’re able to start communicating better.

You recognize that jealousy starts with a thought in the mind.

That doesn’t mean you shouldn’t feel it.

That doesn’t mean that it’s not appropriate.

That doesn’t mean that it’s not normal.

It just means that it’s a thought, and it may be a thought you want to keep, especially if they’ve moved beyond the boundaries of your relationship…

Just because it’s caused by a thought in your mind doesn’t mean you shouldn’t be experiencing it or that you don’t want to.

But what if jealousy is a thought you do not want to keep?

Here’s how to find that thought and change it.

Find the Thought Causing Your Jealousy

You want to find the thought causing your jealousy.

Once you find that thought causing it, run your whole model on it.

The thought may be:

Step One-Get the thought down

Write the thought down, whatever it may be.

You’ll be surprised at some of the ridiculousness that can go on in the human brain when it comes to our primal fears.

A big emotion of jealousy can feel overwhelming. It can feel like you need to react to it. It can make you want to act crazy. (We’ll talk about that in a second.)

Recognize that it’s just a thought in your mind.

What is the thought causing it?

Separate it from the circumstance. What exactly factually happened?

Not what you think is going on, not your story about what’s going on, but what actually happened.

Then get the thought down.

Once you get the thought down, you can then really experience jealousy. You can feel the vibrations in your body.

Become the Watcher of yourself.

Watch your body experience the vibrations. Describe it:

Stay out of your head when you’re evaluating the emotion of jealousy.

Instead, witness it in your body.

Witness your body in jealousy. Say to yourself, “This is jealousy.”

Because if you start believing, “This is a threat,” or, “This is dangerous,” or “We’re going to lose him,” you’re going to experience more than just jealousy. You’re going to drop into primal fear, which we don’t want to happen.

Because then you’ll react in a way that won’t serve you.

Allow the jealousy to be what it is.

Pause and experience the vibrations.

“When I feel jealous, what does it make me want to do?”

For some people, it makes them want to yell, scream, protect, cajole, and control the other person.

You may feel the same way.

Notice that the desired action is from jealousy. Do not do it.

Pause before you act.

Allow yourself to explore what you would like to do because of that emotion.

When you look at it this way, when you understand that your jealousy is driving a primal reaction, you can step back from it and witness it from afar. You can lean into your prefrontal cortex and override that primal fear.

Typically, when we’re in a relationship with someone and we get jealous, we actually separate from that person. We try to control, we blame, and we shame them for our feeling of jealousy, regardless of what is actually happening there.

You actually want to connect with your partner, not push them away.

So when you can see your jealousy model and see that the effect of that is not going to be what you ultimately want, then you can create a new model.

How to Open Up Lines of Communication

Once you’ve done work on yourself, you can communicate with the other person.

You can express what you’re feeling and why you feel that way.

When you can communicate with someone without expecting them to solve for your emotion, without expecting for them to change their behavior, but to simply help you understand where they’re coming from and what’s true for them, they can hear you..

The last thing you want to do when you’re feeling jealous is to get your partner to shut down and hide from you.

Because even if what they’re doing is very innocent in their own mind, they won’t want you to see it because they don’t want to “hurt” you.

This is where the separation in the relationship can start.

Oftentimes, when we are trying to set boundaries in a relationship to avoid jealousy, we really turn into control freaks.

And this “control” is what creates conditions for jealousy to grow.

If you allow there to be room for jealousy, then you create space for that to be a normal emotion in the relationship.

Once you have done the work on your jealousy model, then you’ll be able to set boundaries with your partner so that you can feel safe and secure with them.

Will you ever feel jealous again? Yes, you probably will. But, you’ll be able to communicate more openly about it when you feel it and why.

Your partner will not feel obligated to solve for your emotion.

Instead, they’ll be able to communicate with you and adjust the boundaries in the relationship.

That has to be done without trying to control your partner.

What if My Partner is Jealous of Me?

If they’re jealous of you, take everything you’ve read so far and reverse it.

You be the one that opens up and asks:

“Hey, tell me everything. Why does this bother you? What are you worried about? What are you thinking about? I want to tell you what’s really going on for me. Here’s why I’m doing these things. I want to understand why they make you jealous.”

Because there are things we’re doing that we don’t even care about doing.

There are people we’re talking to that we don’t even need to talk to.

If it’s something that bothers our partner, it’s an easy fix.

But you must have a conversation about it.

Don’t get into a people-pleasing mode.

You can end up inadvertently and innocently lying to them in the name of protecting them.

That will pull your relationship apart instead of putting you two together.

And if you want help putting yourself together so you can build appropriate boundaries with your partner, then the Get Coached in Self Coaching Scholars program is perfect for you.

Get Coached will help you transform your jealousy into something positive and useful.

But what if it is possible...?